Mr. Max Flies in from the West Coast

7:30 am Sunday Morning. I hopped in the car and ran up to Astoria to grab Max. He used to be a Brooklyn resident, but currently residing in LA. Walked my dogs and then hopped in a friends car and we were off. 4 Humans + one Chihuahua. Hopped on board the Kirie, and the battery was low. Opened up the compression so that the diesel could turn over and then eased it closed and the Kirie came to life. Reminiscent of popping my car into 2nd gear on a downhill. Starting to love this diesel. Headed out of the harbor and set both sails setting course for “The Ruins” above Gardiner’s Island. Once again Mr Mark Cuban’s “The Fountainhead” was spotted and we altered course to cut him off. They were moving along at a pretty good clip and we tacked a couple times to catch him when he had thrown anchor. Ran into my friend Ricardo sailing by and he chased us for a bit. Then let down the sails and motored in to grab a mooring and swim a bit before putting the Kirie away. Solid day on the water. 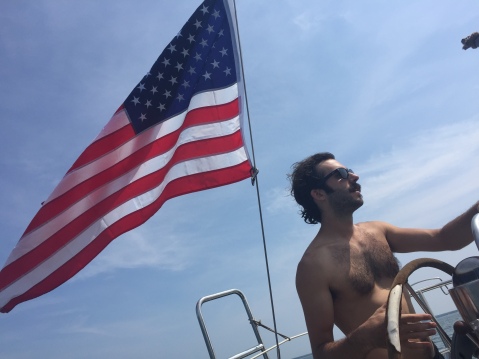 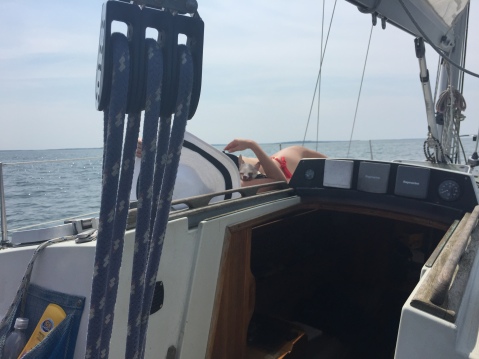